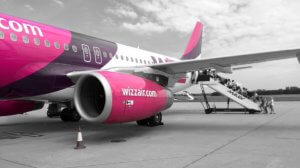 Last week, the trade union fight against the discrimination of workers based on their trade union membership and activity payed off, when the Supreme Court of Romania ruled this to be discrimination and punishable. Wizz Air has to pay a fine and has to communicate the decision of the Council for Combating Discrimination of 2015 in mass media with national coverage. This victory is due to the courage and perseverance of workers even when they were dismissed by the company. It shows that different treatment based on trade union membership and activity is discrimination. All measures taken by Wizz Air had the purpose to stop the trade union activities, limiting the right to dignity and the right to work. Congratulations to our Romanian colleagues for the outcome of their fighting spirit.