The meeting marks a special year for the Sectoral Social Dialogue Committee for Railways (SSDC Railways) which is celebrating its 20th anniversary. The social partners took the plenary meeting as an occasion to celebrate and look back upon the joint work of rail employers’ and workers’ representatives in Europe. In the presence of the European Commission’s Ms. Sigried Caspar (DG EMPL, Social Dialogue Unit), a joint declaration highlighting previous achievements and expressing a joint commitment was signed by Matthias Rohrmann, SSD Railways President; Giorgio Tuti, SSD Railways Vice-President; Libor Lochman, CER Executive Director, and Sabine Trier, ETF Deputy General Secretary.

Social partners negotiated their joint work programme for the next two years and agreed to keep focusing on women’s employment and equal opportunities in the railway sector, ensuring railway safety in an open and competitive market, working and resting time rules, and employability in the light of digitalisation and automation.

Taking a cue from the agreement to focus on women’s employment, the joint CER-ETF Women in Rail 6th annual report’s findings were presented. The report is based on the data of 2018 and shows that the average share of women amongst all railway employees is 21.3 %, which is an annual increase of 0.4 %. 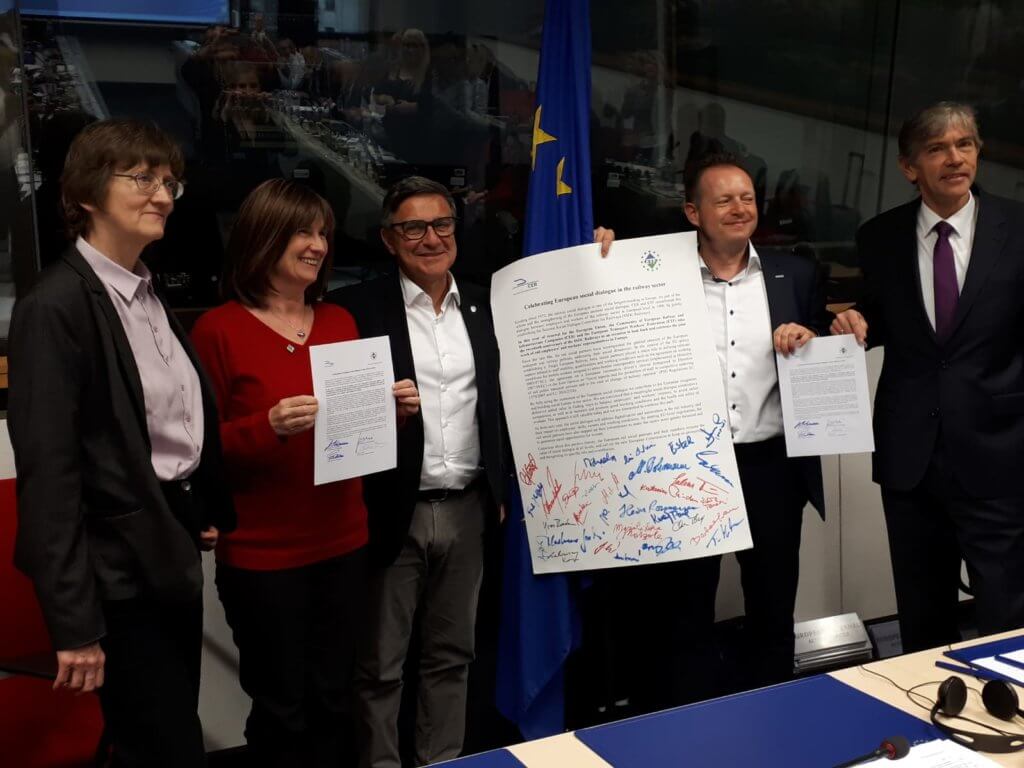