The project “Towards A Sustainable Crewing System” (TASCS) is coming to the end. The TASCS project is an EU-funded project developed by the European social partners of the inland waterways sector: European Transport Workers’ Federation (ETF), the European Skippers’ Organisation (ESO) and the European Barge Union (EBU).

The project’s final conference took place on the 18 of December in Brussels. The event was the occasion to present to participants, which include the relevant institutions, bodies and stakeholders from the sector, the outcome of our research conducted by DST and Intergo in the framework of TASCS.

“The big added value of the TASCS project is that it is a joint social partners project” says Myriam Chaffart, Political Secretary for inland waterways in the ETF, “and ETF, ESO and EBU worked successfully together in these 24 months”.

The researchers visited a number of vessels to do an assessment of the workload of all crew members on board in agreement with the social partners, the vessels were predefined by type and region in order to have a representative sample as complete as possible. This allowed an overview of all tasks on board, who performs them and what time occupancy and attention is required.

These elements have been put together in a draft manning tool, a web-based instrument that makes possible to calculate the crew and qualifications needed for a given journey, with a given vessel and a given cargo (or a defined number of passengers).

“For us, this digital instrument was a necessary condition in order to have a successful social dialogue”, says Jacques Kerkhof, vice-Chair of ETF Inland Waterways Section. “The tool can be used for an operator to estimate in advance how many members of crew are needed to perform a certain transport in compliance with existing legislation”.

“The outcome of this project lays the foundations for our future work on manning legislation in inland waterways” says Joris Kerkhofs, Chair of ETF Inland Waterways Section. “It is a unique opportunity for the Commission and the river commissions, and the ETF is committed to contribute to this process”, he added. 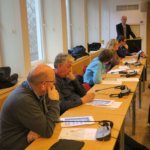 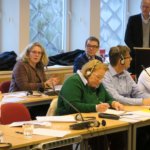 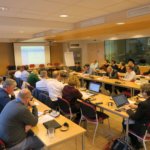 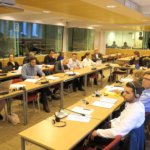