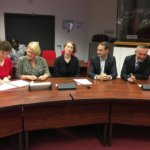 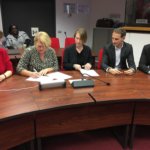 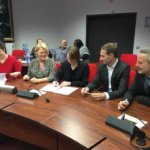 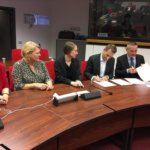 As societies have evolved, they have also witnessed an increase in threats from third party violence in urban public transport which is why ETF and UITP have decided to update their 2003 Joint Recommendations (JR) with the title “Joint Recommendations on Combating Violence and Insecurity on Urban Public Transport” and include the UITP-ITF JR from 2015 as well as the cross-sector European Framework Agreement on Harassment and Violence at Work as annexes. Both organisations renewed their commitment by signing the new Joint Recommendations at today’s meeting.

Urban public transport is vital to Europe, especially because it is essential to solving the climate crisis. However, despite this important status, transport workers are facing violence, aggression and other forms of anti-social behaviour at work mostly through third parties on a daily basis. Such an environment creates harrowing working conditions and an atmosphere of insecurity for employees and customers alike. This discourages new workers from joining, most particularly women who are already underrepresented in the transport sector and deters people from using urban public transport.

Although European Union legislation on health and safety at work clearly states the legal obligation of the employer to protect the health and safety of its employees, including from violence committed by passengers as well as internal harassment and violence, there is still a need for an active approach from companies.

Combating violence is a major part of ETF and UITP’s work as social partners. Currently, we are focusing our efforts on sustainable urban mobility to fight climate change, and strengthening women’s employment; all of which rely heavily on the safety of urban public transport.

Feeling safe at your place of work or during your commute is a right, not a privilege. By signing these new recommendations, European Social partners, UITP and ETF, commit to their dissemination, awareness-raising through workshops and conferences, and monitoring their implementation at the level of national social partners across Europe.

You may download the Joint Recommendations at your right.