ETF condemns the most recent intentions of the company Highlands and Islands Airports Limited (HIAL) – operating 11 airports in Scottish Highlands, the Northern Isles and the Western Isles – of reducing the current level of the air traffic control services at six airports in Highlands and Islands and further centralizing them remotely. In a letter addressed to the minister for Transport in Scotland, Mr. Graeme Dey MSP, ETF points out that such a decision would strongly disrupt the local rural communities in the North- Western part of Scotland, not just through the loss of highly skilled jobs, but also by potentially losing essential services – such as medical flights – due to the vulnerability of remote tower technology.

ETF considers the Government of Scotland should give up on implementing such a decision and is asking Scottish Minister for transport to look beyond the cost efficiency and profit figures of HIAL and focus mostly on the long-term negative consequences of such a decision for its citizens, workers and broader society in the Highlands and Islands. The document underlines that the authorities from Edinburgh should not forget even for a second that the safety and the economic development of these communities should come first, especially because they depend on aviation for having assured basic services, it is underlined in the letter ETF sent to the minister for Transport in Scotland.

The Secretary General of ETF, Livia Spera – who signs the letter addressed to the Scottish authorities – underlines that without having a clear assessment of the socio-economic effects of such a decision, removing the current in-person services will greatly affect the livelihoods of these communities in the North-West of Scotland, as the airports play a key role for their own existence.

’’Airports provide significant indirect employment in local communities, and the same can be said for ATC towers. This includes indirect jobs providing maintenance and services to the tower, from engineering to cleaning, all will be affected by this decision. Scotland is not the first nation to implement remote towers in remote communities. (…) In the UK, there is only one tower now operated remotely, and that is in London City airport, located in the middle of one of the largest cities in Europe. It is operated from one of the largest ATM operations centers in Europe in Swanwick, and all the infrastructure associated with both the location of the airport, and the controllers, provides a certain level of institutional support(…) Given the infancy of the technology, we find it difficult to assure these communities that that service can be provided in the event of bad weather, infrastructural damage or cyber-attack.’’

As these rural communities in Highlands and Islands don’t actually have a second option or a plan B, the ETF demands imperatively the ATC services to be assured in the region without discontinuity, underlining that – contrary to the situation in London – most of the HIAL airports require access to aviation for medical purposes on a daily basis, as well as for other type of emergency services.

In the letter addressed to the minister for Transport in Scotland, Mr. Graeme DEY MSP, the ETF expresses its equal concerns regarding the downgrading of services at Benbecula and Wick airports. Based on the solid evidences from the ETF affiliates in Scotland, HIAL plans to downgrade the future functioning of these two airports to the level of an aerodrome flight information service, and thus withdrawing their ability to issue instructions to arriving and departing aircraft. ETF draws the attention of the Scottish government to the huge safety risks in implementing such a decision, reminding the authorities of the imperative need to maintain their current level of specialized air traffic services, due to the nature of both the airports and the traffic they currently serve, such as scheduled air services, ferry flights, and offshore helicopter operations, and the very specific weather conditions in this part of Europe.

Our letter is available here and at your right.

ETF Letter to Scottish Minister for Transport on ATM 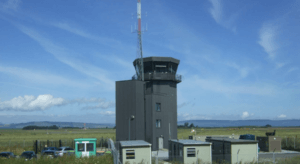