Defining the minimum standards of working conditions for the people working across all of the Lufthansa Group is the first step to stop the ongoing social dumping actions the German air company is shamefully, but consciously, tolerating outside its mainline carriers.

In a recent letter addressed to the Chairman of Deutsche Lufthansa, Mr. Carsten SPOHR, the ETF condemns ‘’the lower social and labor standards for workers’’ approach, which Lufthansa Group management continue to tacitly implement in its Eurowings Discover operation. The Group believes that such actions are the only immediate and possible solution to face the current economic pressures of the market, which the ETF rejects.

According to the ETF’ affiliates – Kapers (Switzerland), Vida (Austria), Aircrew Alliance and ver.di (Germany) and B.United (the Czech Republic) – this solution is generating a so-called “internal group cannibalism”, and supports a race to the bottom approach.  Meanwhile the lower standards of the working conditions imposed so far by most of the low-cost airlines in Europe grossly violate the fundamental labor rights, and the group is racing to a similar faith. This is why the European Transport Workers Federation and its affiliates imperatively ask for this model not to be considered as a blueprint for the new entities, such as it is the case in Eurowings Discover, the newest airline company who started to operate within Lufthansa Group last month.

Instead, ETF considers the internal competition within Lutfhansa Group could be rather solved by the enforcement of collective agreements inclusively at Eurowings Discover, and this enforcement model should then further be implemented also across all its European operations. The unions representing the Lufthansa Group’ workers and the ETF – representing 5 million of transport workers within Europe and beyond – are of opinion that the very first step into this direction would be:

“Crucially, both workers and employers need to come out of this crisis together, and therefore we must engage in social dialogue early to ensure the smooth creation of any new entities and the transition through any necessary change processes with fairness and openness at the core of such discussions.”

ETF and its affiliates within the Lufthansa Group imperatively ask the management teams of all airline companies operating within the Lufthansa Group to restart the social dialogue with the representative unions in a coherent, efficient and permanent way. In our opinion, this would be a clear signal that Lufthansa Group is actually taking concrete steps towards changing the completely wrong direction the group is taking by deciding to drive down social and labor standards for its workers in new companies.

You can find here the DE version of the press release or download it at your right. 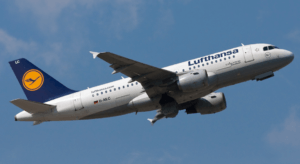