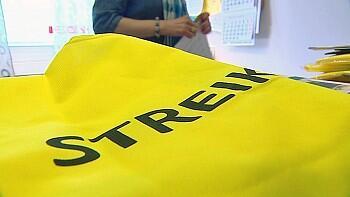 On behalf of 2.5 million transport workers and 250,000 civil aviation workers from 41 European countries and over 230 trade unions, the European Transport Workers’ Federation (ETF) expresses its full support to the industrial action currently being in progress at ‘Norwegian Air’ by Parat.

The ETF has learnt that Norwegian’s management is not ready to come forward to any of Parat’s main requests. The most important controversial point between the management and the union is the split between the Norwegian and Danish cabin crew members, who have been so far covered by a single collective agreement. This would pave the way to full outsourcing of cabin crew and replacement of permanent workers by temporary agency staff.

François Ballestero, the ETF Civil Aviation Political secretary commented: “Together with the practice of ‘Norwegian’ to import, notably, cheap labour from Asia by employing non-European cabin crew on its long-haul routes, this is another attempt to undermine the working conditions of the existing employees. The ETF is committed to fight against social dumping and we give the full support to Parat in their struggle. We request the management of ‘Norwegian’ to return to the negotiation table and offer a fair deal to its employees.”

The ETF has called all affiliated unions organizing workers in civil aviation to show support to colleagues in Parat.

Enrique Carmona, ETF Civil Aviation Section President concluded: “The new business model used by ‘Norwegian’ creates unfair competition in European and international aviation and endangers jobs in other airlines. This may create a spiral of unacceptable social dumping practices. Therefore, the ETF is calling for solidarity actions in unions across Europe and we send our best wishes to colleagues involved in the dispute.”