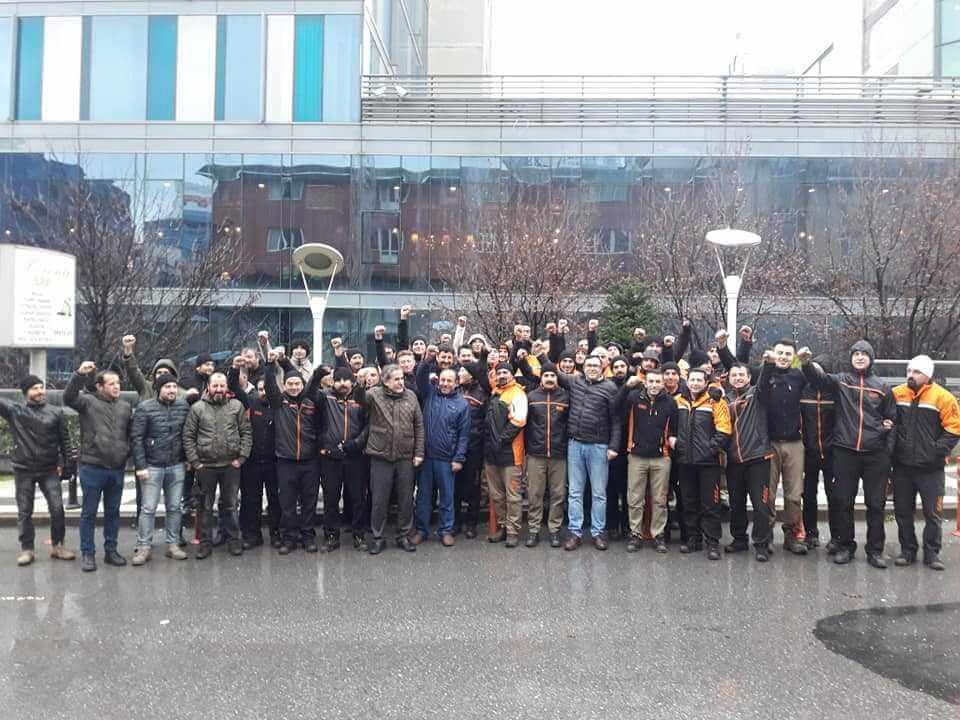 On 11 December ETF’s Turkish affiliate Nakliyat-İş organised a successful action against TNT/FedEx, one of the world’s largest express delivery companies, in front of its Head Office building in Istanbul. The main purpose of the action was to demand the respect of workers’ right to organise and the recognition of the freedom of association, which TNT/FedEx is trying to suppress.

Ali Reza Küçükosmanoğlu, President of Nakliyat-İş, demanded that TNT/FedEx complies with the United Nations Global Compact’s Ten Principles, which guarantee workers the right to collective bargaining. TNT/FedEx itself has signed up to these principles, so why will it not implement them in Turkey? The company must withdraw its legal objection to recognition of Nakliyat-İş: a trick that TNT/FedEx is using to deliberately extend the process for a long time.

We believe that is extremely important that logistics workers get the respect they deserve, ad enjoy their human rights to organise and bargain collectively. ETF General Secretary Eduardo Chagas sent a solidarity message to Nakliyat-İş, where he made clear that European trade unions are ready to provide all lawful support to the Turkish union and workers in TNT/FedEx.