European Dockers stand together in the fight for Fair Transport!

ETF affiliates representing dockers have held simultaneous actions in three countries as part of the Fair Transport Europe action week. Today saw actions for fair pensions in Rotterdam, on lashing in Hamburg and Bremerhaven, and in support of drivers’ rights and tighter road inspections in Antwerp. Not only did we see cross-sector collaboration by our friends in Antwerp, the events in Germany also welcomed international colleagues from Norway and Lithuania.

Belgium: Dockers for drivers in the port of Antwerp

Solidarity between transport workers from different sectors is at the heart of our campaign for Fair Transport. We all face the same problems of social dumping, exploitation and unfair competition, so let’s stand together to fight for dignity at work!

Today in Antwerp, dockers in the unions BTB, ACV-Transcom and ACLVB have been sharing the Fair Transport message with drivers as they enter the port. They are informing drivers about their rights and calling on them to back the fight for better inspections on the roads. ETF President Frank Moreels visited the action to show his support. 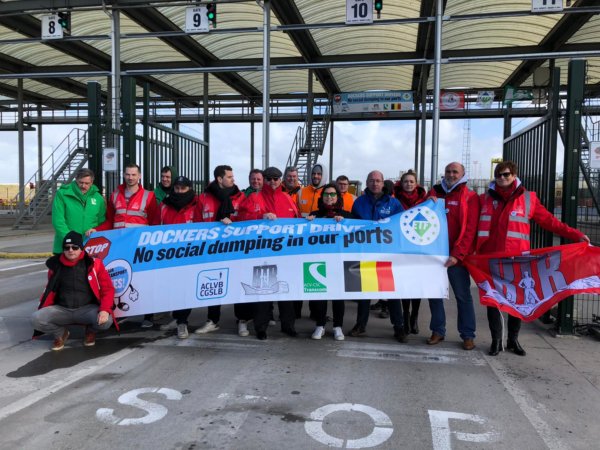 Germany: Dockers in Bremerhaven and Hamburg insist that lashing is dockers work!

The ETF-ITF lashing campaign is a key part of Fair Transport: attaching cargo to ships is a skilled and safety-critical task, which should only be carried out by trained dock workers. Indeed, there are now global agreements in place that confirm this. We’re now campaign hard to make sure this agreement is properly implemented in every European port, to protect seafarers lives and save dockers’ jobs.

Dockers in the German port of Bremerhaven, members of the union ver.di, supported our Fair Transport action week with a rally for lashing. They also had backup from European colleagues, with Norway’s YTF and the Lithuanian Carriers’ Trade Union stopping by in Hamburg for the event. A fantastic moment of camaraderie in our international mobilisation! 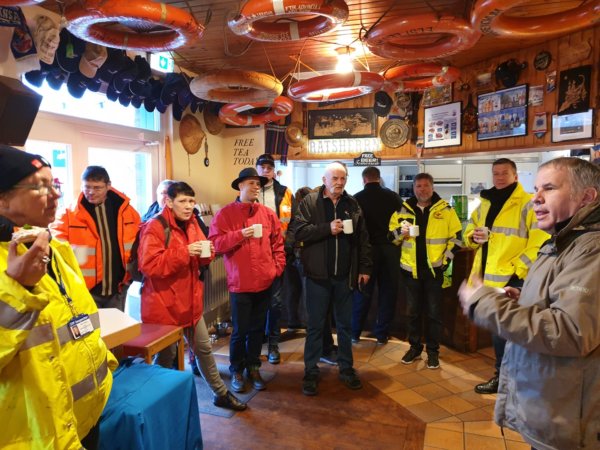 The transport and dockers sections of Dutch trade union FNV have taken joint action for Fair Transport as part of their campaign for decent pensions. Transport work is often heavy labour in difficult and dangerous conditions, which requires clear focus and quick reactions. So it is preposterous and cruel to propose reforms that would see transport workers on the job until their 70s is. That’s why pensions are a Fair Transport issue, and it’s great to see this cooperation between dockers and other transport workers in the Netherlands! 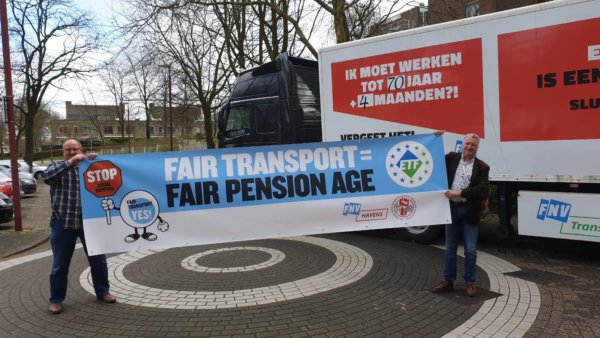