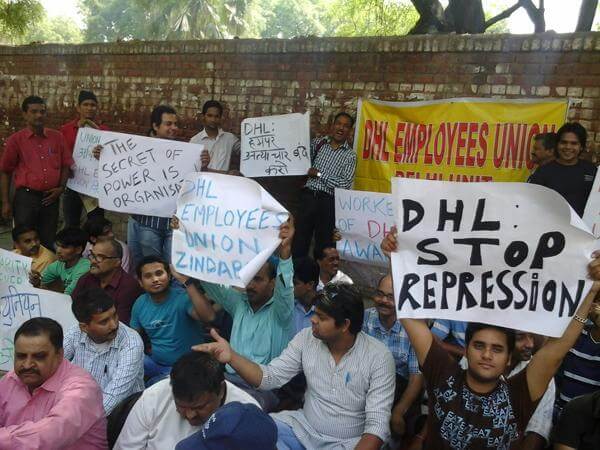 Trade unions around the world marked international workers’ day last Thursday, 1 May, with a variety of activities.

In London, UK, trade unionists and community groups alike came together to celebrate the life of ITF executive board member and general secretary of the National Union of Rail, Maritime and Transport Workers (RMT), Bob Crow.

Turkish trade unions have continued their fight to mark May Day in Istanbul’s central Taksim square. The Turkish government have
banned celebrations once more, having legalised them in 2009.

DHL workers in Delhi took workplace leave en masse and marked May Day with a union meeting at Jantar Manter.

The International Trade Union Confederation (ITUC) is marking the day with a competition to find the world’s worst boss. The CEO of Qatar Airways, Akbar Al Baker, features prominently on the list, which outlines some of the problems workers at the airline face.

ITF acting general secretary Steve Cotton said: “The first of May is a time to celebrate the labour movement and to remind ourselves how important international solidarity is. It’s a time to reflect on the last year. As we consider these things, let’s also look forward to coming together as a global family at our congress in August, and setting the right direction for workers for the next four years.”

TAKE ACTION: back Turkish workers’ right to commemorate May day in Taksim square

TAKE ACTION: use your voice now – who do you think is the worst boss in the world?