Our Deputy General Secretary, Sabine Trier, was in Bern to join the Congress of SEV – the Swiss Transport Workers Union. She brought congratulations for SEV’s 100th anniversary, and stressed the need for international solidarity between workers and their unions.

Our Swiss affiliate SEV was originally founded as a railway workers union. Now, 100 years later, they represent workers across the transport sector. This year’s SEV Congress was a chance to mark this anniversary, and our Deputy General Secretary brought our congratulations. Switzerland may be outside the EU, but SEV is an important part of our movement. Indeed, the President of our Railways Section is SEV’s Giorgio Tuti. 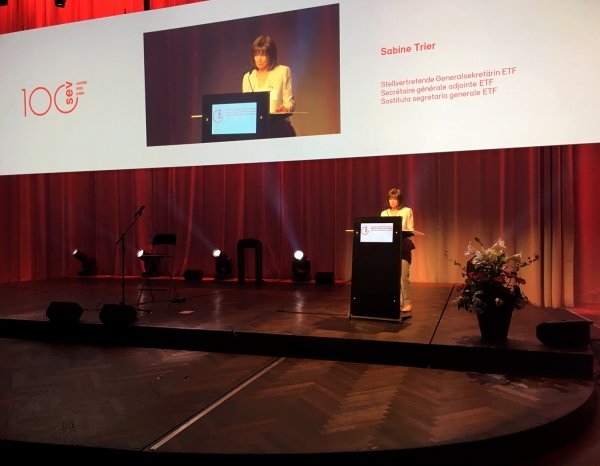 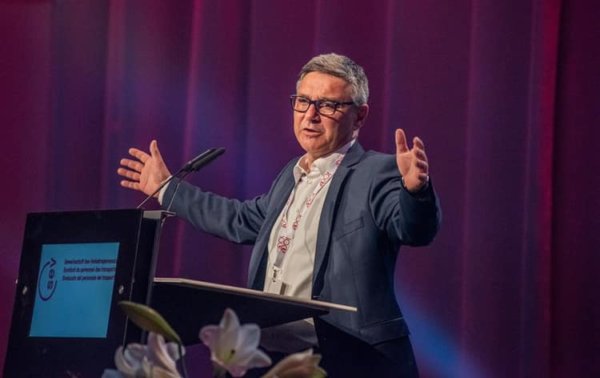