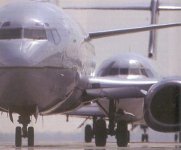 The ITF and the International Trade Union Confederation (ITUC) have today submitted to the International Labor Organization (ILO) a case against Qatar for allowing its national airline, Qatar Airways, to violate ILO Convention 111, which covers discrimination in the workplace. Qatar signed the convention in 1976.

The two global union federations accuse the company of restricting women’s rights and workplace discrimination. They state that female cabin crew members face gender-based discrimination such as a contractual marriage bar for the first five years of service and a provision allowing the company to terminate employment upon a crew member reporting their pregnancy. They argue that the government of Qatar also fails to enforce the legal protections that currently do exist in its constitution, Law 14 of 2004 (the Labour Law) and Law 11 of 2004 (the Penal Code).

ITF acting general secretary Steve Cotton said: “Qatar Airways already has an unenviable reputation for severe employment practices, even among industry professionals, with allegations including harassment and restrictions on visitors and relationships. Its gender discrimination against female cabin crew is equally unacceptable. We urge the ILO to act on our representation and make the recommendations necessary to bring the Qatar government into compliance with its international commitments as soon as possible and end the disgraceful discriminatory measures against women workers employed by its national carrier.”

This case comes soon after the ILO Committee on Freedom of Association’s recent recommendations regarding the government of Qatar’s restrictions on the right of workers to unionise, strike and bargain collectively,and the strong criticisms contained in the Governing Body’s report concerning the government’s breaches of ILO Convention 29 on forced labour.