Aviation is a very safe form of transport, thanks partly to the strict safety regulations that create a framework for the industry. In the EU and some partner countries the European Aviation Safety Agency (EASA) is responsible for these regulations, which of course have a major impact on the safety, security and working conditions of our members. We prioritise engagement with EASA so that we can represent our members’ interests. But our involvement is also a real benefit to EASA, because – unlike the other stakeholders – we bring to the table the on-the-job expertise of the workers we represent.

On 21-21 February 2019 we held an EASA capacity building seminar for cabin crew and pilots. This seminar is part of a wider project which aims to increase our capacity to influence EASA’s activities. We also used this opportunity to discuss the issue of aircrew self-employment with our colleagues representing cabin crew at Ryanair and LOT Polish Airlines. Unlike in most European countries, self-employment of aircrew in Poland is widespread and it not only has a negative impact on their status but could potentially harm safety of passengers. Together with our Polish colleagues, we will pursue the fight to eradicate this phenomenon and ensure #FairTransport.

On Friday afternoon, a delegation of fellow cabin crew members from all over Europe joined a demonstration in front of the headquarters of LOT Polish Airlines against self-employment, organised by the Polish ETF affiliate ZZPiL. LOT – similarly to Ryanair – forces all newly employed crew members to set up their own companies and act as self-employed workers. On the one hand, this brings significant financial advantages for the company in terms of avoiding taxes and social security charges, on the other hand it significantly impacts the status of the workers in terms of lower protection. It also hampers collective representation of their interests. Besides that, LOT has a long standing anti-union record: the company dismissed several trade union leaders, most of whom have been reinstated by the court.

ZZPiL is currently negotiating a renewed collective labour agreement for cabin crew at LOT Polish Airlines. They denounced that LOT proposed to their cabin crews to work as self-employed workers, which is contrary to the Polish legislation. Despite their complaint and opposition, the Government has authorised LOT to go ahead. The demo was successful: LOT promised a 1000 złoty pay rise and 10 złoty more per flight hour! But the fight against forced self employment goes on.

A delegation of ETF and ITF composed by cabin crews and pilots coming from 10 countries showed their solidarity with LOT cabin crews. As part of the ETF Fair Transport campaign, they announced that they will raise this major problem with  Members of the European Parliament in order to stop this scandalous practice and defend decent and fair labour contracts. 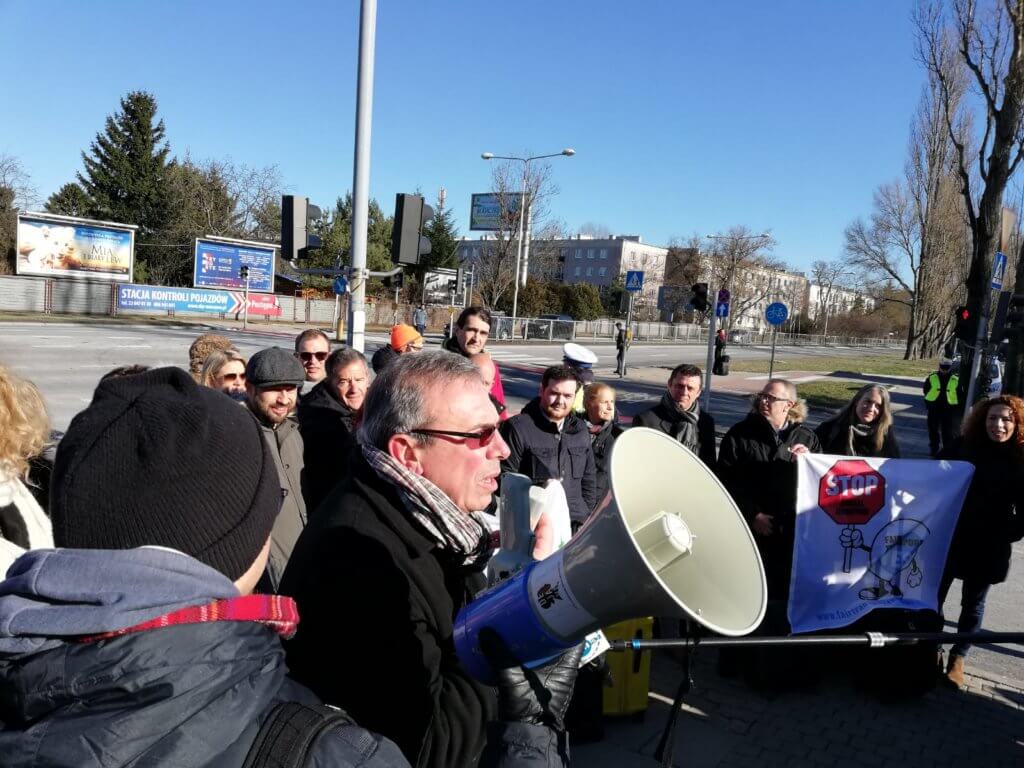