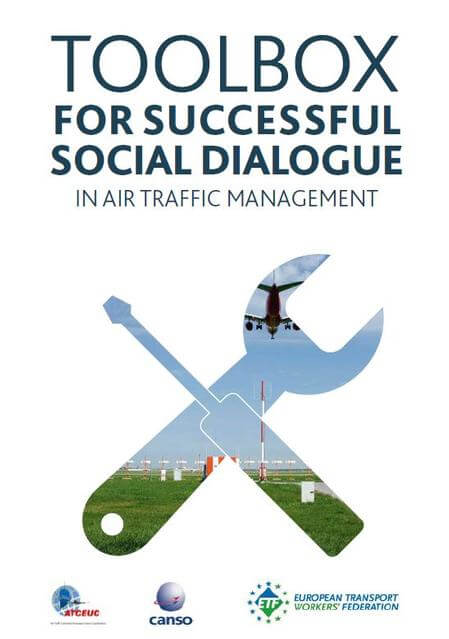 The European Social Partners in the Air Traffic Management domain have agreed on a Toolbox for successful social dialogue. The aim of this document is to increase the quality of social dialogue and reduce the risk of conflicts. The document has been formally adopted by the Social Dialogue ATM Working Group.

The toolbox has been developed as a follow-up of the successful Venice Conference on the role of the EU Social Dialogue in the implementation of the Single European Sky. In the framework of an EU co-financed project, the Social Partners conducted an extensive survey addressed both to Trade Unions and Air Navigations Service Providers to identify and collect a list of best practices that facilitate an effective social dialogue. Based on the input provided by the respondents and subsequent discussions, a set of tools has been developed.

The Social Partners committed to promote the toolbox at statutory meetings of their associations, vis-à-vis their affiliated organisations, as well as towards the European Commission and the Parliament.