And they’re making steady progress. Most recently, they succeeded in changing conditions for part-time jobs in warehouses.

The ETF caught up with Jan Villadsen, Chairman of 3F Transport and ETF Vice-President to get his take on how it started, what’s happening to nemlig drivers and warehouse workers and the way forward.

Back in March, a handful of nemlig.com workers said “enough is enough!” to the company’s abusive treatment and decided to blow the whistle and anonymously go to press. Politiken broke the news and since then, 3F has been tirelessly fighting for these workers’ rights.

Jan Villadsen recounts an all-too-familiar situation, spreading throughout Europe: workers being treated like robots, forced to work faster and harder, being monitored constantly, and in this particular case, the use of military personnel to push workers to the limit. 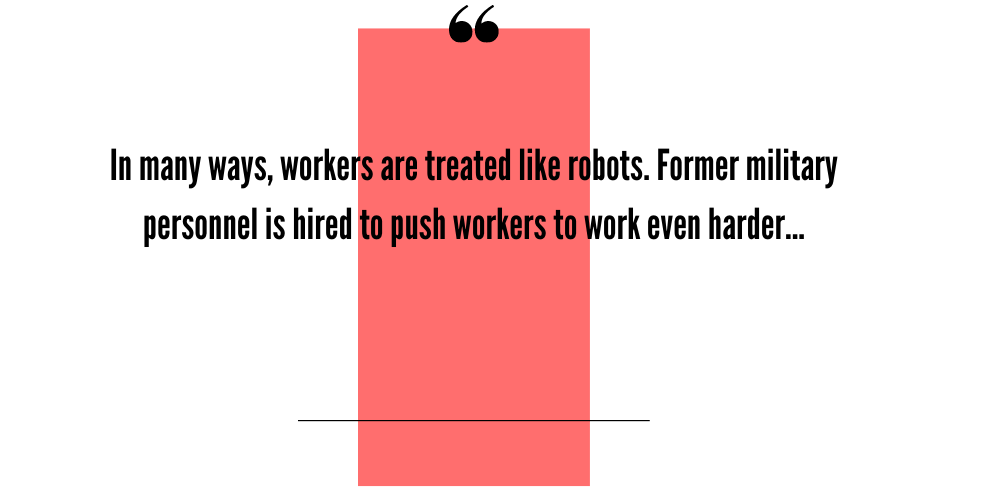 It all sounds eerily familiar – is nemlig.com an Amazon copycat?

Jan Villadsen is quick to confirm:

“We do not have Amazon here in Denmark. We don’t need them. We have the richest man in Denmark doing their work”. He joined the founder of the online supermarket nemlig.com and decided to copy their business model. Nemlig’s founder, Stefan Plenge, can be seen outside an Amazon warehouse in the Netherlands after a trip to learn more about their business model, where he proudly announces that he’s learned about methods to get rid of “friction” meaning everything else but hard work at the warehouse.

For Jan Villadsen, it’s all about price: getting work done for as cheap as possible. Nemlig is entirely based on an abusive business model where the company refuses to take responsibility for its supply chain through subcontracting. These workers are officially independent, but in reality, they’re only working with one company: nemlig.com. The company decides on payment, working time and routes: bogus self-employment at its finest. “If this continues, more and more people will be hired this way… with no real employment contract, no CBA and no rights.”

Outside of the warehouse and further along the supply chain, 300 and 400 drivers are delivering company goods. And here it’s the same story: bogus self-employment for most while earning half of a normal Danish salary all while carrying out last-mile delivery to consumers and delivering all kind of goods on demand….

“The company has a warehouse where 1.400 migrant workers – 69 different nationalities – are working under conditions similar to Asian sweatshops or similar to Danish 1921 factories rather than 2021…”

“Workers are led by the fear of losing their job and working permit in Denmark and by algorithms and big screens in the warehouse showing their individual performance marked in red, yellow and green colours in real-time…. Not many of them have been in Denmark for a long time, meaning they know little about the Danish labour market, unions, and normal labour standards. And it’s the same situation with drivers. Drivers are mostly refugees and migrants”.

“These workers live in fear of losing their job, and this keeps them from complaining and going to a union. This is a very dangerous business model. Dangerous for the workers at nemlig.com and dangerous in general because it will spread to other sectors and the same will happen with working conditions”. 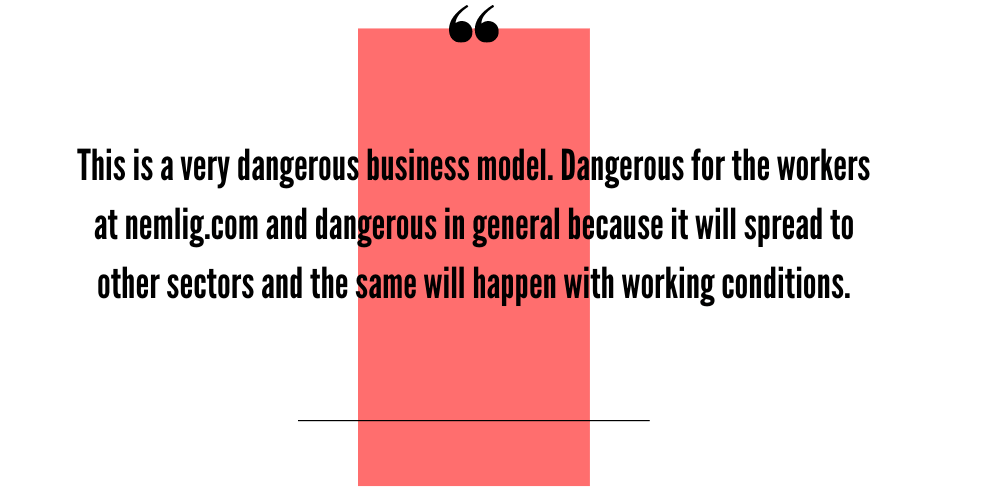 “The result of only hiring migrant workers is that the work of unions and the CBAs are undermined. It might not be a union-busting tactic…but the result is the same. Not many organised, not many who are standing up for their rights. As a result, people are scared and don’t dare reach out to the union”.

Where does 3F come in?

As the Danish union covering both drivers and warehouse workers, 3F demands that nemlig.com sign a CBA covering drivers. “Nemlig must treat drivers like normal employees and not so-called independent subcontractors. They are not independent. This is just an excuse to abuse their workforce. The ultimate goal is a CBA covering drivers and making nemlig.com directly responsible”. 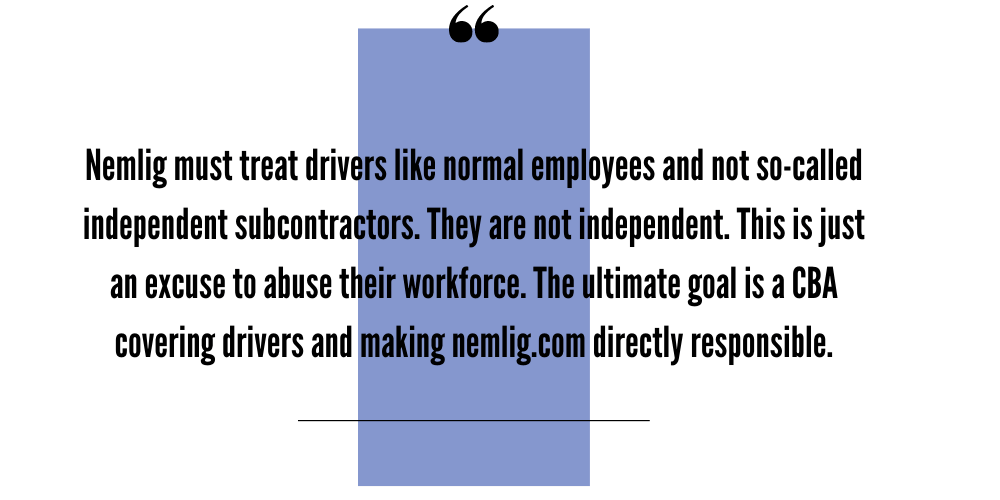 So far nemlig.com has refused to sign a CBA for drivers, but Jan Villadsen and 3F are certainly not backing down – far from it.

“The 3F response is industrial action towards nemlig.com and at the same time, a call for sympathy actions from other unions. That would be the next step. And the consequences can be huge for the company. Lack of supply and delays in products… That’s the Danish way – to establish room for negotiations on the Danish labour market – or – if there are no negotiations – an escalating conflict. But conflict is not the goal here. The best-case scenario for 3F and the workers is that nemlig.com rethinks the situation and sits down at the table to negotiate. 3F is, daily, picketing outside their warehouse to get in contact with drivers and explain union demands: a CBA with better wages and much better working conditions”.

And it seems that the Danish people are on the workers’ side:

“In general, Danish citizens do not want this business model. So, when told and shown the reality, many Danes are turning their backs on companies like nemlig.com, at least for a certain period…”

Though the path ahead will undoubtedly be tough, Jan Villadsen remains confident in the power of union action. After all, it’s nothing unions haven’t faced before!

“At 3F Transport, we are optimists. We managed to kick Ryanair out of Denmark in 2015. Uber was forced to leave in 2017. As Danish people say: we don’t want Uber-jobs, we don’t want Ryanair-society. We don’t want our children to have to work under Amazon-working conditions!”

3F has ETF’s full support. We will be keeping a close eye on Denmark for sure!