What does the future hold for workers in civil aviation?

On 13 and 14 February, trade unionists from all sectors of the civil aviation industry gathered in Madrid to take part in the automation and digitalization (A&D) workshop. The event follows several workshops already organized for other ETF sections and contributes to the ETF A&D project. The workshop aimed to get an overview of the current state of A&D in the different civil aviation sectors around Europe, reflect on the A&D toolkit, and think about ways these topics could be tackled going forward.

On day 1, participants presented their experiences and talked about the ways A&D is already affecting their work. Some of the key topics that emerged during this session and persisted in shaping the conversation throughout the workshop are:

Wiebke Warneck presented ETF’s civil aviation section priorities, which confirmed the commitment to tackling A&D as one of the key trends shaping the world of work today. She identified the main effects of new technologies on work as risking permanent supervision, increasing work intensification, and opening up the question of data protection – on the side of passengers as well as workers.

Up next, Henrik Bay-Clausen of the Danish trade union 3F spoke about automation in ground handling in Denmark. He presented the already existing changes and emphasized the fact that unions need to demand some forms of automation – the ones that positively impact the health and safety of these workplaces. Looking to the future, he suggested there are many limitations to the A&D potentials, including social acceptance, safety and security, and the often old airport infrastructure, that doesn’t allow for fast changes. He emphasized the need for quality training of members that provides positive learning experiences in various reskilling projects.

Lionel Fulton of Labour Research Department presented his findings on the upcoming changes in civil aviation and the current version of the A&D toolkit including a model collective agreement. The day concluded with participants reflecting on the first set of questions prepared for them, focusing on the current state of the sectors, and the potential limitations to further developments in A&D. 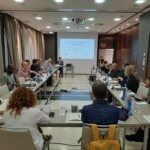 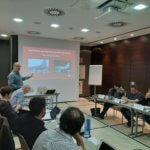 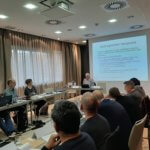 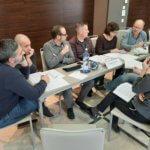 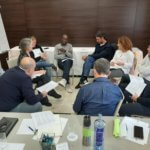 On day 2, Eoin Coates from the ITF joined the participants and presented the ITF position and response to the challenges posed by A&D. He emphasized the role of trade unions in the process of introduction of new technologies to ensure that increasing productivity is not the only criteria taken into account, but also working conditions, safety and sustainability. If the goal is just transition, then unions should focus their energies into ensuring that training, education, and re-skilling are provided for all workers who might be displaced by new technologies.

Marcello di Giulio from the Italian union CISL then spoke about the ways social partners can work together to manage significant change, including the introduction of new technologies. He presented the principles of change management in ATM, which consist of social dialogue, trust between the different actors, a shared vision, clear targets, and equality of treatment.

The participants spent the rest of the day reflecting on the current version of the A&D toolkit, discussing its use in their sectors, and the topics they plan to address through campaigning and lobbying in the future. 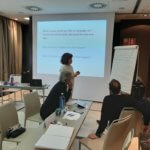 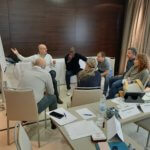 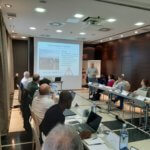 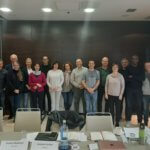 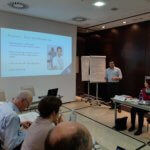 The series of A&D workshop will continue soon with a youth workshop. After all the consultations are carried out, and all the feedback is collected, the end product of the project – ETF Automation and Digitalisation toolkit – will be available on the ETF website. It will provide an insight into the changes in the sectors and provide concrete advice on how unions can make sure that workers have a say in the introduction of new technologies.