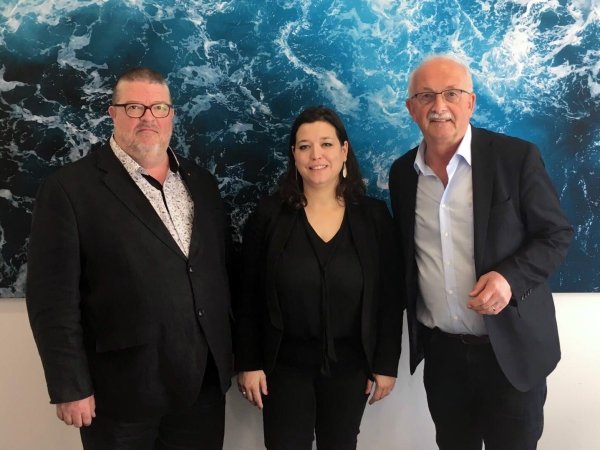 Over the past weeks, we have been meeting the leaders of various European political groups. Today ETF President Frank Moreels and Acting General Secretary Livia Spera met with Udo Bullmann, from Germany’s SPD party, who is the leader of the Socialists and Democrats Group in the European Parliament. The S&D has been crucial in the launch of the new European Labour Authority and our successful campaign for a better EU Mobility Package.

Frank and Livia presented our Fair Transport Europe campaign and manifesto. The manifesto sets out eight concrete proposals for EU policies which would improve conditions for transport workers and access to transport for all European citizens.

Following the meeting, Udo Bullmann said: “I am delighted to have met the leadership of ETF and thank them for their constant support of our work. The goals achieved in the last legislature would not have been possible without our strength and their support. In the next five years to come, our workers and the European Union will face important challenges that we are ready to tackle with a progressive majority for a more just and sustainable Europe. I am confident that our partnership with ETF will allow us to improve working conditions and social rights for all workers in the transport sector.”

Livia Spera said: “we look forward to working with Udo Bullmann and the S&D group in the years ahead. Today’s conversation gave me hope that ETF will be able to join forces with the S&D group to present a coherent European industrial policy for transport, which would tackle the economic, social and environmental issues facing the sector and its workers.”

Frank Moreels said: “countries across Europe are currently voting in elections for the new European Parliament, and it is vital that we get a strong voice for parties who will work for workers. We have many allies among the MEPs who are likely to return, and we have been gathering support for our Fair Transport manifesto. Once the results are known, we will move quickly to reestablish strong relationship with a broad range of friendly MEPs and political groups – such as Udo Bullmann and the S&D group. These connections will be vital as we fight for Fair Transport in Europe and push for our manifesto proposals to be implemented.”