The truth will always win, and justice will prevail! We know the difficulties of the jobs at Wizz and what our transport workers in aviation face, being treated just as figures in a cold Wizz statistics.

But the ETF is in Budapest this week for the 6th ETF Congress. So, we could not have missed the chance to speak up when being in Wizz Air’s home town. 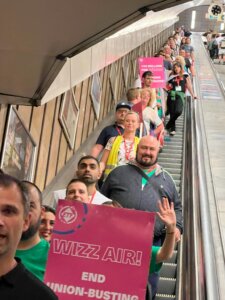 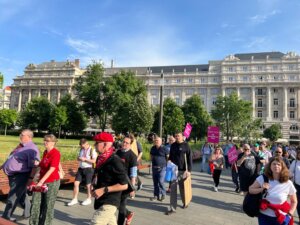 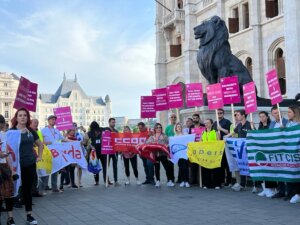 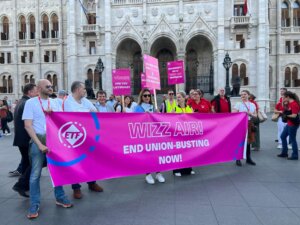 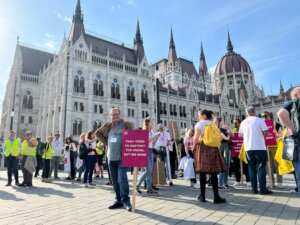 ‘Wizz Air abandoned their workers in Ukraine. This is a company that uses practices from the ‘90 century. The walk is very long ahead of us, but eventually we will win this battle. ‘

‘We convinced Ryanair to change! Now, the time has come for Wizz Air to behave and show respect to its workers! We will get there; we will end union busting in Wizz Air, get the aviation workers’ rights, and win collective bargaining.‘

Never give up, never give in! Because people are not just for profit! Workers have rights, not just obligations! And we know how strong we are when we are together!