Women account for only 21% of the railway workforce, considerably below the economy-wide participation rate of women in the labour market (46%). For some professional categories, this figure is even lower.

Railway companies and trade unions are convinced that the situation must change to include the valuable contribution of women, promote diversity in the workplace, and align the railway sector with the society in which their customers live.

The negotiations, which take place in the European Sectoral Social Dialogue framework supported by the European Commission, started in 2019, but were put on hold due to COVID. Both parties are now moving in the same direction and hoping to have constructive exchanges, which will lead to an agreement before the summer. As it has been 15 years since the last binding Agreement on Certain Aspects of the Working Conditions of Mobile Workers Engaged in Interoperable Cross-Border Services, this would be a major achievement and a key milestone of European social dialogue and the European Year of Rail.

The President of the EU Sectoral Social Dialogue for Railways, Matthias Rohrmann, said: “We need the right changing of the switch now. We want to reach a ‘Woman in Rail Agreement’ between the EU social partners CER and ETF in negotiations in the European Year of Rail 2021. This flanks the existing activities of the railway companies and sets new impulses to promote the employment of women in the railway sector. In this way we increase the attractiveness of the branch and send an important signal: ‘strong women = strong rail’”.

The Vice-President of the EU Sectoral Social Dialogue for Railways, Giorgio Tuti, said: “Simply put, there is no future for the railway sector without women. Our experiences have shown that recommendations are not enough; we need binding measures in all areas to make the rail sector fit for women to work in. An autonomous agreement between European Social Partners would send a strong signal and bring a real added value to the European Year of Rail 2021. We are committed to shaping a better future for women in rail.”

ETF Deputy General Secretary, Sabine Trier, said: “There are too many barriers preventing women from choosing a career or staying in the rail sector. It’s time to shatter those barriers, and our negotiations will play a significant part in doing so. Pay, work-life balance, women’s health and safety, sexual harassment… they’re all on the table. We highly welcome the resumption of negotiations and look forward to creating real change for women in rail.”

CER Executive Director, Alberto Mazzola, said: “In my previous position, I was an Ambassador of Women in Transport and as the new Executive Director of CER, I am fully committed to keeping this issue at the top of the policy agenda. As I believe that the future is rail, I also believe that increasing the presence and responsibilities of women for a more gender-balanced railway sector should be our priority.”

Download our press release at your right (EN, IT) 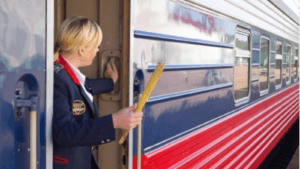