Our Rights - Your Safety

Defending the right to strike of Europe's ATM staff 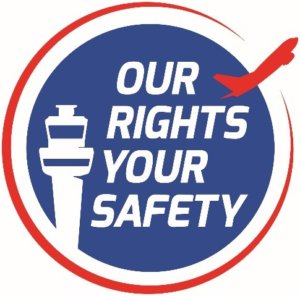 The European Commission is encouraging member states to limit the right to strike for workers in air traffic control (ATC). This is a clear attack on a fundamental right, and also an area where the Commission has no power to intervene. Moreover, ATC strikes are not the major cause of Europe’s flight delay problem.

ETF will not let these threats pass. We have launched a campaign with our social partner ATCEUC to defend ATC workers’ – and all transport workers’ – right to strike.

Our Rights – Your Safety

The Commission’s strategy is revealed by the “best practices” inside its document ‘Aviation: Open and Connected Europe (COM 2017)’ of 8 June 2017. The suggestions about limiting strikes in air traffic management significantly encroach on the national sovereignty of member states. They also contradict Article 153 of the Treaty on the Functioning of the European Union, which clearly states that the right to strike is excluded from EU competencies.

Therefore, we have launched a petition to tell the European Commission to back off. We call on the Commission:

Every day, air navigation service providers and their staff achieve an impressive level of safety and quality for all airspace users. By attacking air traffic controllers, the balance of the whole aviation chain could be put at risk. While ATCEUC and ETF understand that European citizens would prefer even less delays and more capacity, staff representatives believe that Europe has to be proud of its air traffic management system. Indeed, disruptions caused by industrial actions in air traffic management represent only 1% of the total delays (Eurocontrol’s official figures from 2015).

No doubt, this initiative has only one aim and expects only one tangible result: to restrict the right to strike in Europe. But ATM unions are determined to defend this fundamental right!

If you want to support air traffic controllers and ultimately all European citizens, sign our petition!

More about ATC right to strike 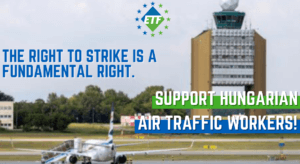 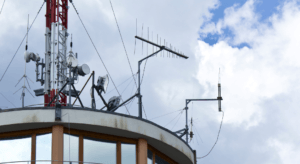 ETF asks EC to take immediate action to stop what seems to be another case of breaching the rule of law by the Hungarian Government and also, a clear situation of union busting within this EU Member State.

ETF ATCEUC Our rights your safety

Commission intends to limit the right to strike

Our Rights – Your Safety