The result of our TRANSUNION and EVE projects

Concern about gender equality in transport is not a new issue. Neither is the elimination of violence and harassment against women working in the sector. Both have been on trade unions’ agenda for many years, and trade unions offer education and training on gender topics at national level in many organisations. However, female participation in transport is still low across Europe – just 22% of the transport workforce. The sector remains male-dominated and unattractive for women. Moreover, the women who do work in transport are still over-represented in occupations that are poorly paid and in flexible or precarious employment. 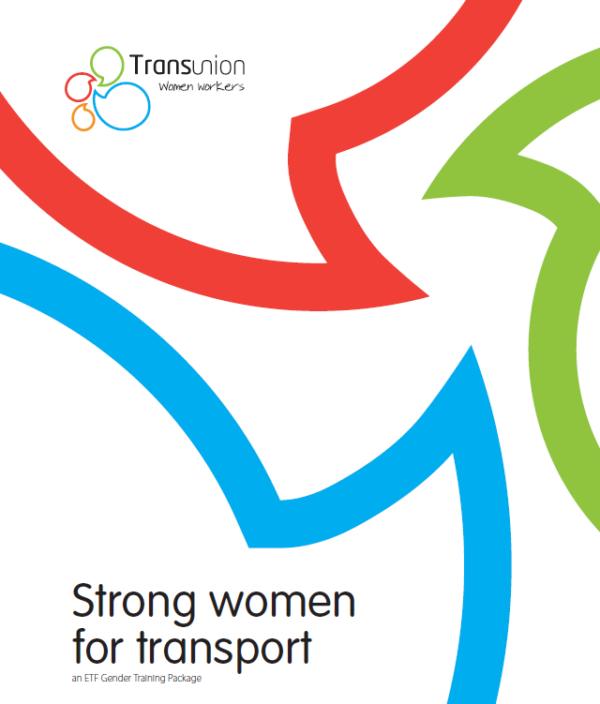 That is why the ETF decided to develop a gender training package. Our aim is to encourage women at the workplace to participate more in trade union life, to empower them as future union activists and to enable their participation in collective bargaining and negotiation bodies. Women’s voices must be heard, and their needs and interests must be addressed. In the end, this will make transport a better place to work for both women and men.

In 2010-2012, through the EU funded project “Transport trade unions preparing for change – for a fair and sustainable transport sector” (ETF TRANSUNION – VS/2010/0406), we created the first two pillars of our ETF gender training package: Women’s empowerment and collective bargaining for women. The third pillar, about occupational health and safety for women, was drafted in 2016.

We added a module on violence and harassment against women, created within the EU-funded project “Women in transport – Education for Valuable Employment” (EVE – VS/2016/0241), which was run by our Bulgarian affiliate union FTTUB. Unacceptable levels of violence are one of the greatest barriers to making transport a welcoming place for women to work, so this was a vital addition to our gender equality training package.

The modules are a support tool for those trade union activists – women and men – who are keen to share and develop their knowledge and experience in the field of gender equality with other colleagues.

Within the EVE project, a training kit on gender equality in transport was developed, which aims to develop ways of using the materials that identify learning needs and the steps to meet them through organising. We will also conduct and evaluate training on the major issues in the existing modules.

The module and the training kit are available for download here.

Transunion is a project of the European Transport Workers’ Federation with financial support from the European Commission.

Module: Violence and harassment against women

Training kit on gender equality in the transport sector