Since Ryanair still denies B. United social dialogue, Paulina Puchala, union representative for TOZPLiN,  attempted to deliver a letter to Buzz in Warsaw in person on behalf of B.United Presdient, Matteo Pizzolato.

The letter simply called for social dialogue – the most basic right of workers – and lists workers’ concerns, but was outright refused.

Paulina was told that the CEO, Michał Kaczmarzyk, is out of office, and no one is authorised to receive the correspondence and deliver it by post.

B.United renews its offer to initiate productive social dialogue and underlines that fairness and employees’ happiness is pivotal.

The full letter is available here.

You can see Paulina’s attempt to deliver the letter below. 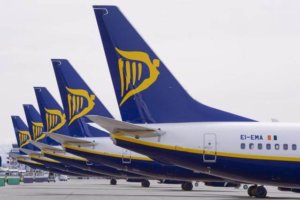