European Tug workers show solidarity to their colleagues from Panama

During the ETF Tug Network, which took place in London on 21 March 2019, the ETF affiliates organising tug workers express their solidarity to the Panama canal tug workers.

All participants signed a banner of the “Fair Tugging” campaign that was given to the Panama colleagues as a sign of solidarity.

Few days later the banner arrived in Panama and here is a picture with the colleagues from the Canal. The banner is now on the wall of their trade union office. Solidarity! 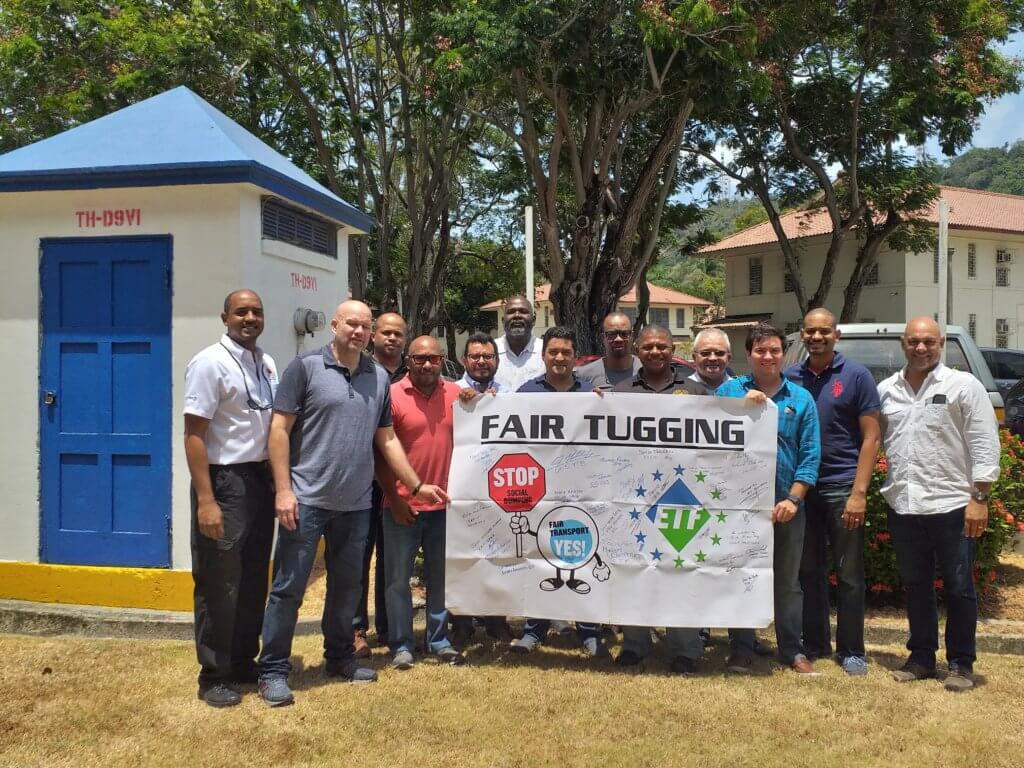