Following a despicable attack on the right to organise, ETF is urging the Czech government to take action and ensure that Ryanair reinstates leaders of B.United trade union.

As we’ve reported before, a cabin crew union B.United was registered in the Czech Republic recently, representing direct Ryanair employees and agency workers. The workers notified Ryanair of the existence of the union and requested an emergency meeting since the company is currently trying to change conditions of the cabin crew contracts. A day later three union leaders – Matteo Pizzolato, Andrea Schiraldi, Izhar Arcos Poveda – were fired by Ryanair.

ETF stands in solidarity with B.United and the Czech transport federation Odborový svaz dopravy in their demands for the Czech government:

To urge the Czech authorities to ensure basic workers’ rights are respected, ETF has launched a campaign with Labour Start. You can sign it here. 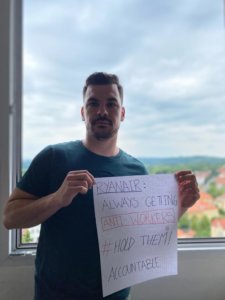 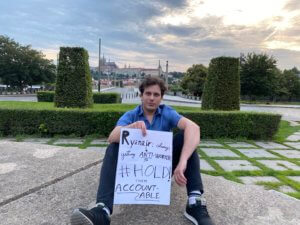