Today’s ETF’s Fair Shipping Conference in Brussels was a success – 80 people from a wide range of stakeholders attended the event, including ETF affiliates, employers’ associations from shipowners to ship manufacturers and port operators, high-level representatives from the European Commission, Members of European Parliament, academics and NGOs. We presented the concept of a European Maritime Space for Socially Sustainable Shipping, our vision for addressing social dumping in the sector and boosting employment for EU/EEA seafarers in an innovative way. 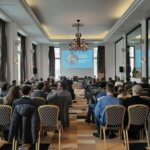 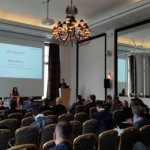 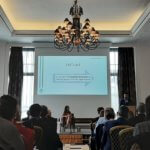 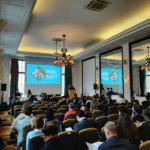 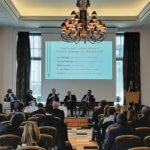 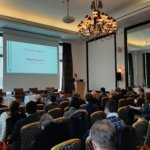 After years of discussing “manning issues” with the European Commission and the shipowners, this concept puts our key priorities at the core of the Brussels debate again. We believe it takes the discussion forward and puts seafarers’ welfare at its core. Recently, the European Community Shipowners’ Associations (ECSA) presented their EU Maritime Growth Plan, aimed at making the sector more attractive for Europeans and increasing the supply of EU seafarers. Mark Dickinson (General Secretary of Nautilus International) commented on the plan in his introduction to the conference:

“We have supported many such initiatives and undertaken joint projects with those goals in mind. But nothing has changed. Still we face a demographic cliff edge, still, we face unrelenting pressure on our members’ terms and conditions of employment.”

He stressed that shipowners, in turn for receiving state support, should have stronger obligations to seafarers:

“It is not complicated – they just have to grow their national maritime skills base i.e. increase the number of seafarers they train and employ and also increase the number of ships under EU flags. You would have thought that in return for hundreds of millions of euros, European shipowners would have made absolutely sure that they fulfilled those two goals? You’d be wrong, EU seafarers continue to decline in numbers and the proportion of EU ships flying EU flags is now down to only 18%.”

He concluded with an appeal for action:

“We want an inclusive debate between social partners, but most importantly we want to create momentum for real action. Because no action is no longer an option.”

The ETF concept proposes the creation of a level playing field based on high standards as a way to increase the offer of quality jobs at sea. To ensure implementation in practice, stricter monitoring and enforcement of the obligations are needed, by the European Commission through the State Aid Guidelines for Maritime Transport. During his presentation, Philippe Alfonso emphasized that “We share the same goal, to have flourishing maritime clusters and maritime skills base in Europe.” The reality on the ground, however, demands action:

“Our analysis points to unfair competition of seafarers from countries with much lower standards and conditions as a root cause for the sector not being attractive for young Europeans. All crew, no matter their nationality or place of residence, working onboard vessels operating regularly in between European ports – no matter the flag the vessel flies – must be granted European terms and conditions. This should be achieved through negotiations between shipping companies and the seafarers’ unions from the countries at whose ports the vessels are calling. As long as seafarers are not being treated on the same footing as shore-based workers, it will be difficult to find impactful solutions.”

“Our main aim is to defend and improve jobs, careers and skills of European seafarers who need and are needed for a thriving European maritime industry.  So, let’s discuss together how a European Maritime Space could add value to these objectives.”

Professor Tarjei Bekkedal from the Oslo University pointed out that the legal study about the possibilities of creating a European Maritime Space concluded that international regulations such as the Flag State principle should not be a hindrance to applying EU terms and conditions onboard ships operating between EU/EEA ports:

“A ship operating in Europe cannot be seen as an island with third-country standards onboard. It is a myth that the Flag State principle cannot be challenged from a legal perspective.”

“Our seafarers simply cannot compete on costs,” added Terje H. Pettersen from the Norwegian Seafarers’ Union. “Several studies recently carried out in Norway all came to the same conclusions: the concept is perfectly legally applicable and the limited increased costs can be forwarded to the shippers.”

A panel debate continued the discussion from a different perspective – how to boost the competitiveness of EU shipping in a sustainable way. Kurt Bodewig, the EU Coordinator of the Motorways of the Seas (MoS), explained how the Trans-European Transport Network policy and its financial instruments (such as the Connecting Europe Facility programme) can positively contribute to the (maritime) logistics chain and the European economy. Lucy Gilliam from Transport & Environment commented on the need to mitigate emissions from transport and that shipping is at the heart of environmental discussions at the moment. She made a strong case for a just transition from both an environmental and social perspective. Olaf Merk from the OECD International Transport Forum informed the audience about the findings of his study into the effectiveness of maritime subsidies. He stated that State Aid Guidelines should be reviewed in order to provide more value for money in terms of domestic jobs, training and environmental records. Martin Dorsman presented ECSA’s Growth Plan as a potential solution for addressing the issues at stake and stressed that ECSA would never accept a flag-blind approach. Dario Bazargan shared the view of the European ships and maritime equipment providers, which see merit in the concept of a European Maritime Space whereby a sustainable maritime strategy would include also other industries part of the maritime clusters.

The conference ended with some final remarks from Magda Kopczynska – Director for Waterborne Transport at DG Move of the European Commission. She concluded that “the EU needs to find ways to protect its citizens and the values it is based on. Business as usual is not an option anymore for shipping: social aspects need the attention they deserve.” She promised to further discuss the ETF’s concept of a European Maritime Space as a way to move the sector forward.

The ETF now has high expectations of the European Commission and for the new Transport Commissioner. As Mark Dickinson pointed out:

“We know that the Commission services are ready to prepare a new strategy for the years to come and we need to set a level of ambition that has never been seen before. This is a unique opportunity to come closer to each other to discuss the basis of a European Maritime Space. Don’t repeat the failures of the past – let us make a real change. We believe that the European Maritime Sector needs a high level of ambition – ambition for jobs, for skills and for the future. It cannot be otherwise.”