Today, hundreds of thousands of women will be on strike in Switzerland, at work and at home, to demand gender equality, pay parity and an end to gender-based violence. The strike is organised by a broad coalition consisting of trade unions, including our Swiss affiliates, civil society organisations and various women’s groups. 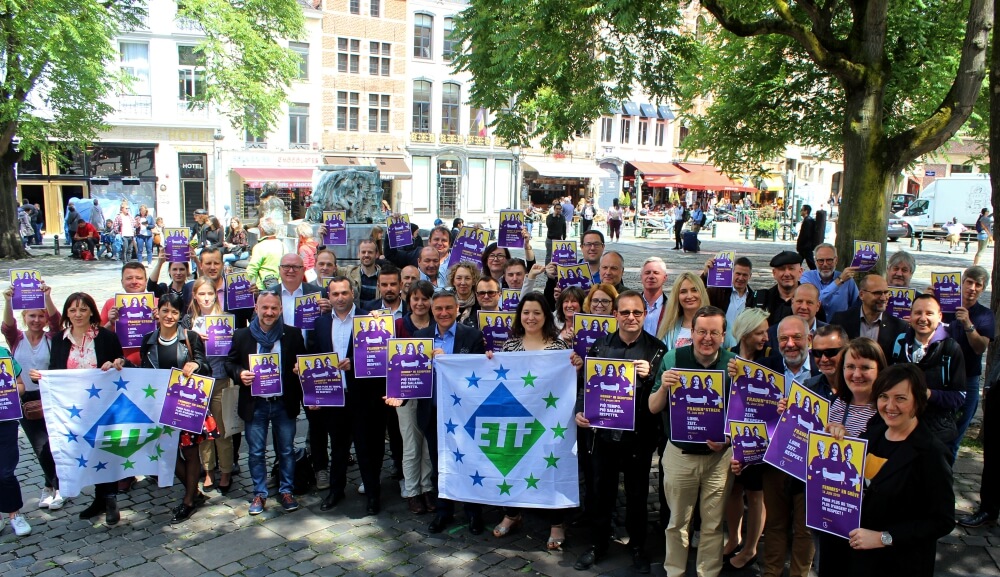 “The ETF stands side by side with the women on strike today in Switzerland. Together with the ETF Railway Section and its Section president Giorgio Tuti we join the call for More pay! More time! More respect!” says Livia Spera, ETF’s Acting General Secretary.

Nearly 30 years after stageing a first nationwide strike for equal pay, women in Switzerland demand action to finally deliver on the promise of equality enshrined in the constitution.

Women in Switzerland continue to face substantial discrimination. They earn on average 19% less than men for the same work. They are disproportionately employed on precarious contracts. They suffer from higher rates of unemployment. They do 90% of unpaid work and end up being hit by old-age poverty. Moreover, every month, two women are murdered by their current or former partner, while more than one in five women over 16 has been a victim of sexual assault.

Read more on the official website of the strike.