Charles-Andre Quesnel, Chair of the ETF’s ATM Committee, explained how “the MEPs showed a clear lack of understanding of ATM services’ essential public role and preferred a liberalised approach based on competition which will only serve to fragment the sector. As the representative of the European citizens, the European Parliament needs to fully understand the potential impact and the dangers of this proposal”.

Contrary to the concerns raised by the ETF on many occasions, MEPs still seem to believe more competition will benefit the sector and forget that ATM is designed to serve the public interest and is critical for aviation safety and is not a money-making machine.

The Parliament’s position shows a complete lack of consideration towards the workforce and blatantly disregards the negative consequences of liberalisation. – one only needs to look at the UK where a separate entity has been created in order to re-align the heavily fragmented, fully liberalised ATM sector.

The text adopted by the TRAN committee also includes numerous references to climate change and the environment; it is unclear how exactly the massive environmental improvements MEPs advertise could be achieved, as the ETF has previously pointed out.

All is not lost, however, as the Council’s position earlier this month has the potential to enable the smooth transition towards a modern ATM system. It shows that Member States seem to be aware of potential risks of excessive liberalisation within the sector and see through the greenwashing of the TRAN committee’s opinion. The approach echoes that of workers and points out that the provision of ATM service is and should remain within the remit of each Member State.

ETF now calls on negotiators from both the Parliament and Council, as well as the Presidency, to engage with staff representatives and give more consideration to the effects that these reforms will have on the working and social conditions of ATM workers in the upcoming trilogue negotiations on the reform package that will start this summer. 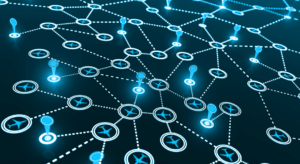