Svitzer workers go on strike in The Netherlands for the 9th time!

In 2014 the Dutch workers of the tug company Svitzer agreed with the management to work for 1h more than their working time for the same salary under the condition that as soon as the financial situation of the company would be more healthy this would have stopped.

In the last months, the Dutch unions have been asking to finally have overtime paid for the workers, but the company refuses. That is why a number of strikes have been organised (see here and here).

On the 19th of June, the workers of Svitzer has organised their 9th strike! Instead of doing voluntary work for Svitzer (=working for free), the workers decided to do voluntary work in a different way: they got elderly people from a retirement home on board of boats and gave them a tour of the port, while enjoying a snack. 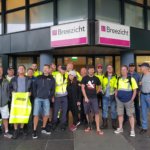 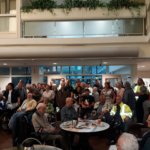 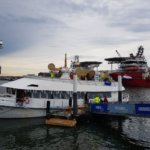 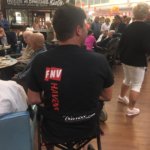 Asmae Hajjari, negotiator of FNV Havens: “Our members are still angry with their employer. Svitzer does not want to acknowledge in any way that the employees have made a great sacrifice since 2014 by working more than 8 hours extra per week without receiving compensation. Actually as volunteers. But they are happy that tomorrow they can sail in a different way as a volunteer and show their sailing area to the elderly. ”

Jos Hilberdin, negotiator of Nautilus International: “It is of course ridiculous that an employer has so little feeling for what is bothering these employees. Apparently everything has to make way for an even higher return for the shareholder. ”

An article on the dispute is available at https://www.fnv.nl/nieuwsbericht/sectornieuws/transport-logistiek/2019/06/negende-staking-van-svitzer-werknemers-ijmuiden