When life outshines any movie that has ever been made!  A story with Romanian and Ukrainian flavours

People are not just figures in monthly statistics! They are human beings with rights and obligations, both at the workplace and in private life, as individuals who are part of society. They are sons or daughters. Or they may be fathers or mothers, wives or husbands, uncles or aunts. Grandmothers or grandfathers. Or maybe just cousins or good friends. But they are part of an unseen and, most of the time, a mute network of people, influencing the life of each other and reciprocally impacting their lives.

At least, this should be the most common understanding of what a person’s life represents for any manager or employer, especially when deciding to let go of some of their employees.

For some time already, we have been revealing the wrong path taken by one of the low-cost carriers in Europe: Wizz Air, a Hungarian based company.

We have recently explained how Wizz Air is operating, revealing how the company is trying to expand on the back of the failure of others and with a hefty price tag and great expectations. We have repeatedly proved that for Wizz Air, everything is possible, as long as it translates into rounding up some accounts.

Part I – A Romanian story: Justice is being served in real life, and good prevails most of the time!

It is the case of some former Romanian employees of Wizz Air. Former and current Wizz Air employees soon to be… At least, it is what the justice system in Romania has recently decided in the case of 14 Romanian pilots and cabin crew members, who had considered that Wizz Air illegally dismissed them in April 2020. Still, the dismissals were challenged by the professional association FPU Romania and some of the dismissed employees.

They are only a small part of the total of 1,000 people Wizz Air let go in April 2020. At that time, the low-cost carrier Romanian branch had decided to get rid of almost 20% of its total number of employees in Romania in what was called a wave of ‘pandemic dismissals.’

As reported by the Romanian media, the Hungarian airline Wizz Air has been forced to reinstate four pilots and ten cabin crew by the Romanian court system. Two different courts of justice – Cluj Court of Appel and Bucharest Courthouse – decided in 2021 that Wizz Air must rehire its former employees on the previous positions they held within the company. Also, they imposed on the company to pay financial compensations, fully covering the period between the date of their dismissal and the time of being rehired. 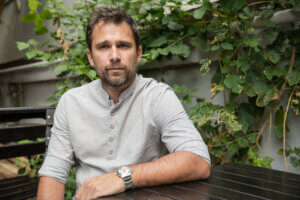 But the story has deeper roots in Romania, as Mircea Constantin, Head of Representation FPU Romania and former crew member at Wizz Air in Romania, confessed.

How else can the Wizz Air decision from the same year – when announcing the dismissal of 19 people, including Mircea Constantin – be explained? Especially knowing that those fired were also founding members of the union, legally functioning within the Romanian Wizz Air branch? Just because the Hungarian low-cost carrier was not happy at all with the idea of having a functioning union at its branch in Romania, right after the company started to operate in this Central-Eastern European country, back in 2014.

It took Mircea Constantin and his 18 former colleagues seven years of struggles to present themselves and defend their rights in front of different courts of law in Romania. A time-consuming process involving substantial financial costs, not to mention the enormous mental challenges. Only one out of the 19 former employees of the Wizz branch in Romania asked to be rehired, as the other ones had already found other jobs.

Yet, they kneeled Wizz Air. And their victory is based on legal and final decisions of the justice system.