The future of European Shipping needs to be social!

Last week, European Shipping Week 2020 was held in Brussels, organised by the European Community Shipowners’ Associations (ECSA). The ETF Maritime Transport section took an active part in a variety of ways, with trade union representatives from nine different countries attending and contributing to the programme.

The Norwegian Seafarers’ Union organised the event “How to make EU shipping more attractive”, kicking off the Safe and Social Shipping day.

The Norwegian participants presented the current state of shipping in Norway and their work in trying to prevent social dumping. Terje Hernes Pettersen from the Norwegian Seafarers’ Union explained the use of flags of convenience and the consequent avoidance of paying decent wages by shipowners, and Hanna Vik Furuseth from the Scandinavian Institute of Maritime Law presented the new legislative proposal that they prepared on the request of the Seafarers’ Union. Its main aim is to ensure Norwegian wage and working conditions in Norwegian waters and on the Norwegian continental shelf. The case for such a change was made even more clear with the contribution of shop steward Kim Lekva, who presented the everyday reality of shipping in Norway and emphasised the negative impacts of the lowering of salaries on young seafarers and local communities.

Valuable contributions by unionists from other European countries showed that this is not solely a Norwegian problem. Jose Cristian Castaño from the Spanish trade union Comisiones Obreras presented the situation in Spain and the fact that the use of flags of convenience has reduced the working conditions of thousands of workers.  Mikael Lindmark from the Swedish union SEKO presented the situation in Sweden by quoting from a study they did among the workers. It showed that 50% of seafarers in Sweden don’t have the energy to do anything else after a day of work and that a fifth of women workers say that their boss treats them disrespectfully. With this data, he demonstrated that a change in the sector is critical, especially if attracting young workers is our goal.

Adrien Alaux from Université d’Angers contributed to the discussion with his findings on state aid, reporting that state aid should be conditioned on a quantified commitment to recruitment. Vera Tax, a member of the European Parliament, joined the panel as well. She confirmed her interest in the topic and commitment to improving the social aspect of shipping while praising the role of social dialogue in making this a reality. 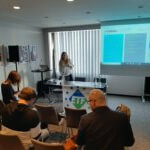 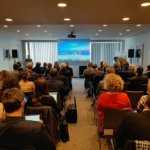 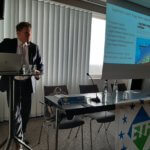 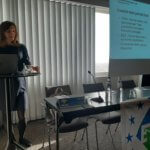 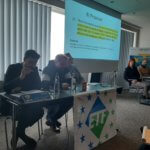 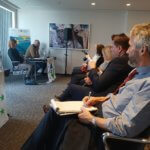 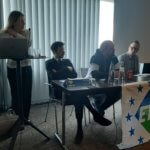 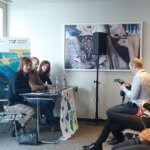 ETF and its affiliates subsequently actively participated in discussions at an event organized by the European Community Shipowners’ Associations (ECSA) where they asked questions about the results of national actions in terms of training and employment for young cadets. The importance of social dialogue in maritime transport and the commitment of social partners to take forward a number of joint projects was confirmed at this event. Nevertheless, ETF continued stressing the need to link the attention to skills and training to actual job opportunities.

Trade union contributions were prominent during the rest of the day’s sessions as well. In the session on enhancing the participation of women, Lena Dyring from the Norwegian Seafarers’ Union pointed to the improvements in the sector, claiming that while women workers still experience harassment and bullying at sea, it has gotten better – this shows that dedication to change works. Reflecting on how some of these improvements have been made, she said that the most important effort made to improve the position of women at sea is collective bargaining. Going forward, we need to celebrate and continue with the tripartite collaboration. This sentiment was confirmed by Cleopatra Doumbia-Henry, president of the World Maritime University. She spoke about the need for partnerships in achieving gender equality in shipping: “We can make significant change if we work together!”

Andrew Linington from Nautilus International took part in the session on skills and safety. He argued that to prepare seafarers for the future, we have to listen to them to learn about the realities on board and include them in discussions on the best way to go forward. Only such an approach can result in new technologies improving seafarers’ safety at work. A number of results from the SkillSea project, spearheaded by both ETF and ECSA, was presented by some of the project’s partners. Lotte Ockerman, ETF Policy Officer for Maritime Transport, pointed out that automaton and digitalisation can indeed be used to good effect, to enhance and assist seafarers at work. This can only happen with the right intentions, though, and new technologies should never be introduced just for the sake of having it.

In the session on seafarer travel and onshore leave, Oleg Grigoryuk from the Marine Transport Workers Trade Union of Ukraine took the stage and reported on the importance of the change to the Visa Code for seafarers in Ukraine. He observed that there had been a need to facilitate simplification and modification to the Visa Code and that the new version makes this issue as transparent as possible. 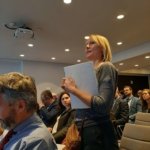 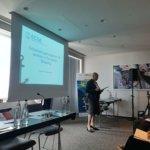 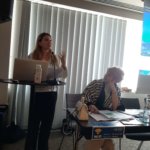 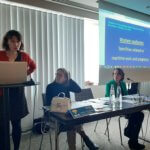 During the Flagship Conference, contribution by the IMO’s Secretary-General Kitack Lim showed a good understanding of the key issues in the industry – he identified IMO’s priorities as seafarers’ health, safety and wellbeing, as well as gender equality.

As ETF Head of Maritime, Estelle Brentnall made sure that social aspects were part of the discussion. On state aid, she underlined that it is an important tool, but it needs to be reoriented. We need clearer goals and objectives on training and quality employment, making sure that those who receive state aid also contribute positively to the employment of European seafarers. At the same time, she commented on the discussions of European shipping’s sustainability by suggesting that we need to see it as having three pillars: economic, environmental, and social.

Livia Spera, ETF General Secretary, joined the speakers at the closing panel. The discussion revolved around the future skills needs in the sector, and a lot was said about the need to attract more youth. These statements were complemented by Livia Spera, who pointed out that it’s not enough to commit to attracting young people to these professions – a lot more needs also to be done to ensure they then get quality jobs in the sector. During the discussion on safety, she affirmed that safety is ensured by workers doing the work they have been trained for – lashing is work that seafarers are not trained for and should, therefore, be done by qualified dockers. 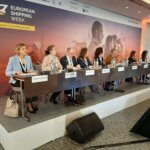 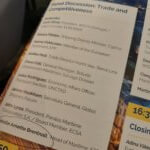 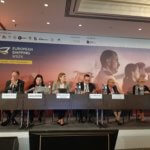 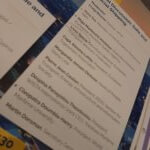 ETF’s strong presence at this year’s European Shipping Week brought the social aspect of shipping to the forefront of discussions. Trade union affiliates from around Europe demonstrated that maritime professionals are at the heart of all of the main topics of the week. If the European shipping industry is to be successful, it cannot lose focus when it comes to quality employment and decent working conditions.